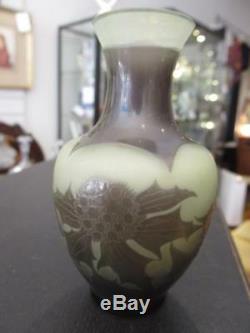 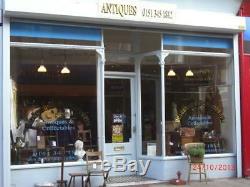 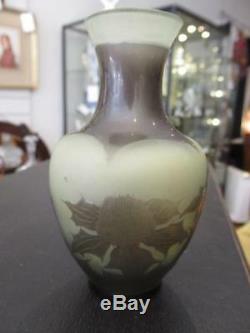 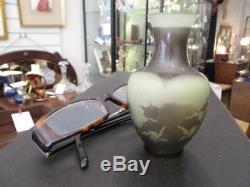 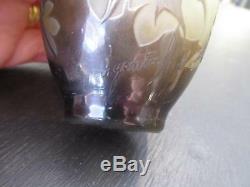 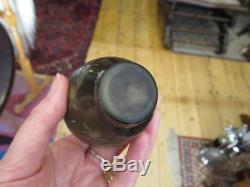 Louis, after Nicholas' departure from the position as chief designer at Gallé. St Louis had been and still is one of the great old glass houses of France. In the early 1920s they were still trying to get their own back. Paul Nicolas cut a deal with St Louis he would make cameo glass for them using their facilities and then also he could use their facilities to make cameo glass for himself too. The pieces Nicolas made for St Louis were signed a number of ways, but quite soon they settled on DArgental.

Nicolas sneakily added a cross of Lorraine to the mark to indicate when he personally made a piece. When he made Cameo for himself pieces were signed P. Nicolas usually followed by Nancy. Paul Nicholas Cameo vase D' arengtal, with the cross of Lorraine.

Live in the Merseyside area? Why not visit our shop in West Kirby. If you want further advice on this please contact me.

Your message is important to me and I do not want it lost amongst the spam! I will do my best to resolve any problems as soon as possible. Once feedback has been left I will reciprocate as it is only at this point that I consider the sale complete. Get Supersized Images & Free Image Hosting.

This item is in the category "Pottery, Porcelain & Glass\Glass\Art Glass\French\Emile Galle". The seller is "patg2753" and is located in Chester.