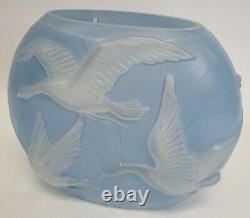 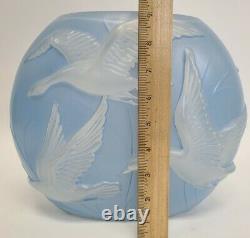 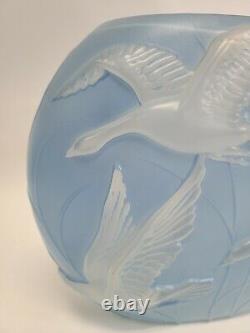 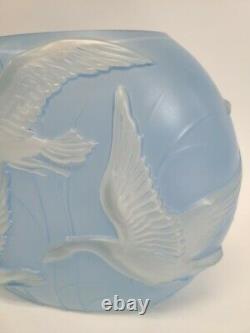 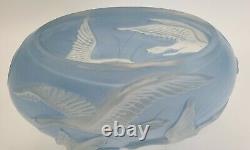 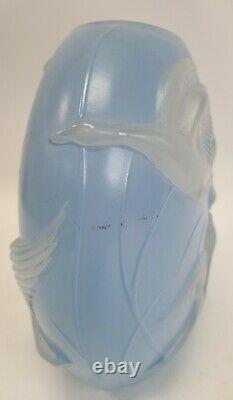 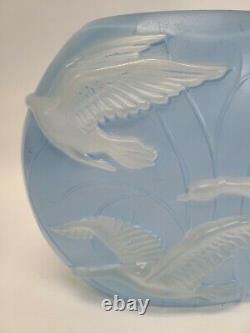 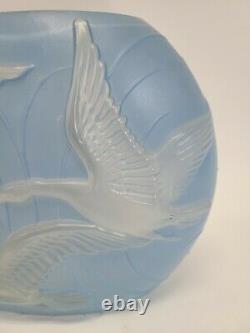 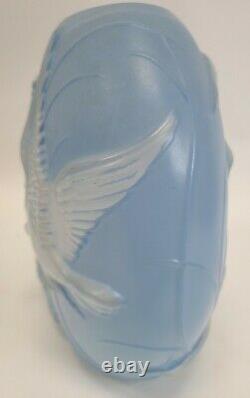 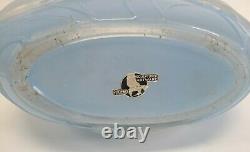 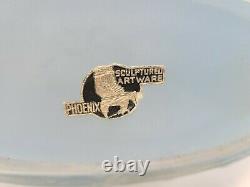 RETRO PHOENIX ART GLASS SCULPTURED ARTWARE BLUE SATIN GLASS CAMEO RELIEF VASE - Beautiful retro pillow vase from Phoenix Glass Co. Sculptured art glass was made starting in the early 1930's and involved a process where the external decorations on the vases or bowls were made separately in glass molds then applied to the glass creating a raised appearance, or relief. After the pieces were applied, the vase would then be re-fired in the kiln so the pieces would stay on permanently. Most sculptured glassware produced by Phoenix was of only two colors, the base color of the vase, and a contrasting color forming the sculptured pieces. Between 1933 and 1936 Phoenix Glass borrowed glass molds from Consolidated Lamp and Glass Company.